Horwin? Never heard? You are no different than we are. The Chinese brand has been managed by XL Holding, based in Changzhou / China, since 2013, and is only active in the field of electromobility. Horwin is now not only represented in Asia, but also in South America and Europe, with Horwin Europe located in Austria: more precisely in Kammersdorf near Vienna. 74% of the European mainstay is owned by the Wei Zhou family, 26% by the Heinzl family from Kammersdorf.

So far, Horwin Europe has taken care of the import and registration process, logistics, marketing and after-sales of the e-vehicles purchased and sold under the Horwin brand. A network of around 300 sales partners across Europe has been established since 2017, with the focus on Germany (80) and Austria (70). More details can be found on the company website www.horwin.eu/de/

Now the next step follows: At the Eicma, the Chinese brand is showing its first self-developed electric motorcycle, which will soon be available in two varieties: the Horwin CR6 and Horwin CR6 Pro. 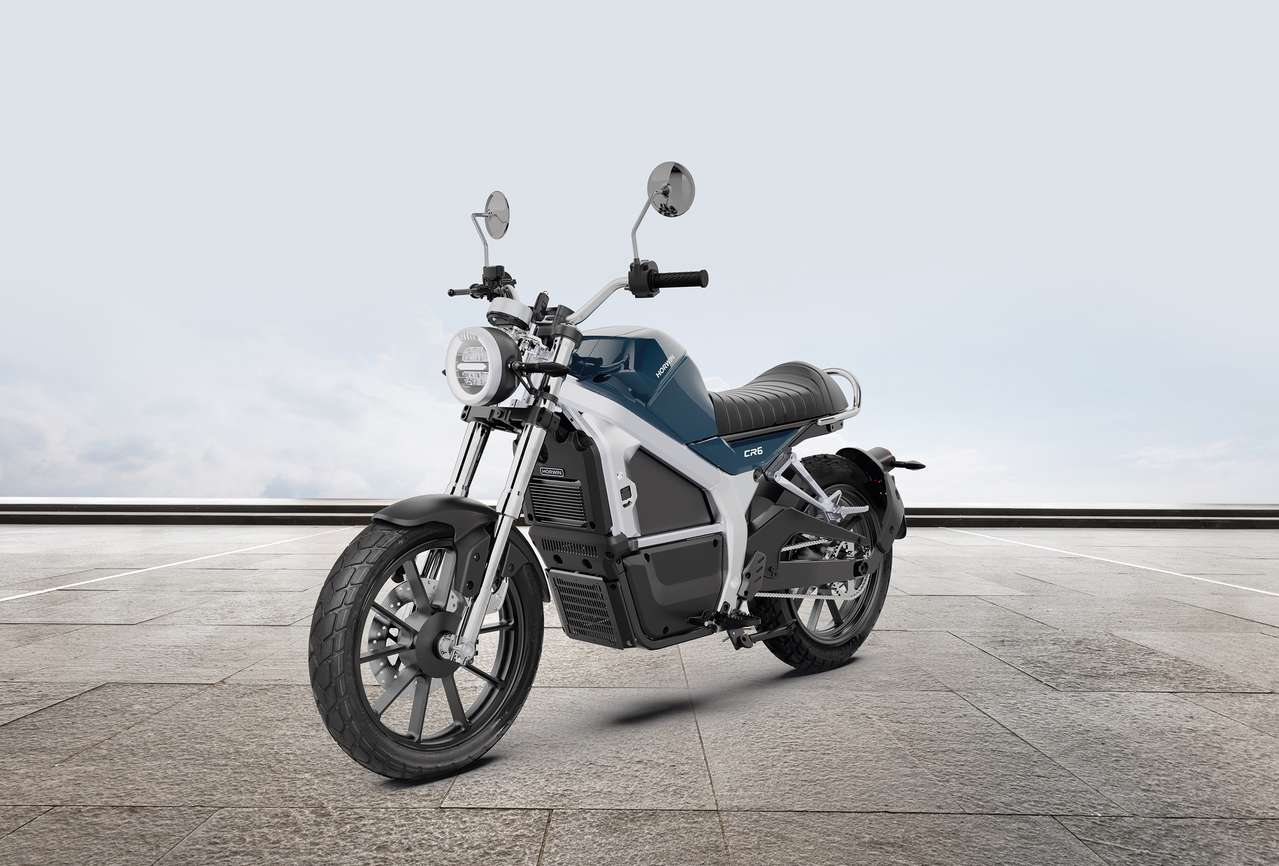 The motorcycles are light motorcycles, i.e. bikes that are located in the 125 segment and can therefore also be driven with code 111 in Austria. Incidentally, the abbreviation "CR" stands for "Café Racer", which seems a bit far-fetched, even if you find some hints of retro styling - for example in the seat, the round headlights (with LED!) Or the somewhat coarser tread tires which in turn point to the scrambler corner. The modern bridge frame, which is made of a light aluminum-magnesium alloy, is always striking.

Before we delve into the technical details, let's briefly look at Austria's role: Horwin Europe was very closely involved in the development of the CR6. The goal was to create vehicles for Europe and therefore to assemble them for larger body sizes and higher driver weights. Other needs were also reminded, for example in terms of manufacturing and material quality or safety. Hanspeter Heinzl, head of Horwin Europe, has played a crucial role here.

But now to the motorbikes themselves: As already mentioned, both Horwins have a magnesium-aluminum bridge frame and batteries with Panasonic cells. They have an LC display, a keyless go system with anti-theft alarm system, an integral brake system (CBS) and integrated chargers. In addition, Horwin offers a two-year warranty on vehicles and batteries.

The differences are in the battery, motor and transmission. The electric motor in the Horwin CR6 has an output of 7.2 kW / 10 hp and thus enables a top speed of 95 km / h; As usual with electric two-wheelers, the CR6 does not need a gearbox. The range should be 150 km at an average speed of 45 km / h, and the battery is 80% fully charged in three hours. The acceleration from 0–60 is given as six seconds, the dead weight at 138 kilos.

The Horwin CR6 Pro in turn goes its own way and combines an 11 kW / 15 hp electric motor with a 5-speed gearbox. The top speed here reaches 105 km / h, the acceleration to 60 km / h is completed in five seconds. Thanks to a more powerful charger, the battery is even fully charged in three hours, the range is also 150 kilometers. The dead weight is 140 kilos.

Both Horwin CR6 and CR6 Pro will be available shortly after their premiere at the Eicma in Milan: the start of sales was specified at the end of November 2019.